Rooibos tea has gained popularity in America in recent years, as many want to take advantage of its many proven health benefits. The tea comes from the shrub Aspalathus Linearis, which is only found on the slopes of Cape of Good Hope in South Africa. While locals have been drinking this tea for hundreds of years, it only began being commercially traded in 1904, according to WebMD. It has a mild and aromatic taste; however, most drink it for its plethora of health benefits.

It's quite popular in Japan, Germany, Holland and England. According to WebMD, the tea has 50 times more antioxidants than green tea. These antioxidants are known to thwart free radicals in the body that can damage cells and cause cancer. It's also rich in Vitamin C, low in tannins and may ease digestive problems. Other studies have shown the tea may help strengthen the bones and teeth preventing osteoporosis, fractures and other related illnesses. Many women in Japan drink this tea for its positive effect on the skin and hair. It has been known to clear skin of acne and prevent wrinkles. Because it's caffeine free, it may be drunk without limit and won't affect sleep cycles or cause insomnia as with some other popular teas. Finally, locals have even used it as a substitute for milk in colicky babies.

Give the Body a Boost
Anyone who has ever suffered from asthma, skin issues, eczema, insomnia, bone weakness or hypertension may want to consider drinking rooibos tea. The United States Department of Agriculture has confirmed many of the health benefits of drinking rooibos tea including its ability to reduce the risk of various types of cancer, heart disease and premature aging. It's also a great tea to drink when suffering from stomach cramps or other digestive problems. Furthermore, the tea is rich in minerals that may help boost the immune system and keep the body healthy. It contains calcium, iron, potassium, copper, fluoride, manganese, magnesium, zinc and alpha hydroxy acid. 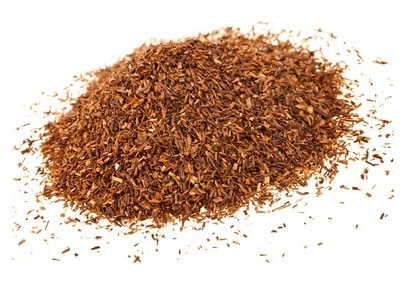 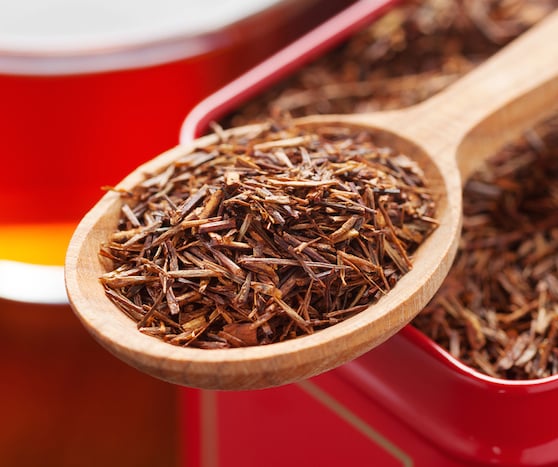 Article by Aimable Johnson, from Dieting Well. Reprinted by permission.

Hi, I'm Nicole! I'm the creator behind VegKitchen, and the author of the popular cookbook, Weeknight One Pot Vegan Cooking. Learn more about me here.